Roll Call of North Texas hosted our March 2022 Luncheon on the 24th at Birchman Baptist Church in Fort Worth and it was another huge success!!  We served over 360 meals to our veterans and Roll Call members.  Our planned speaker, USMC veteran and Iwo Jima survivor Don Graves was unable to attend, but a fellow WWII veteran stepped in and regaled us with tales from his time in the European Theater.  Barney Baker was assigned to the 773rd Tank Destroyer Battalion, part of the 90th Infantry Division.  He manned the .50 caliber Browning machine gun in the turret during his trek through Germany, and at one point “lost” his tank.  It left without him during one assault, but he managed to catch up to it a few days later!  Once again, a great time of fellowship and camaraderie was had by all. 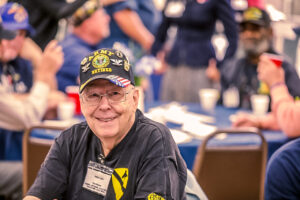 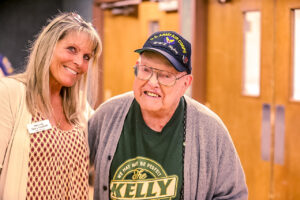 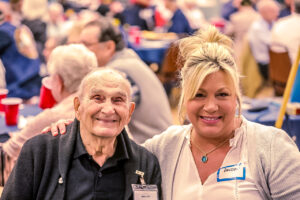 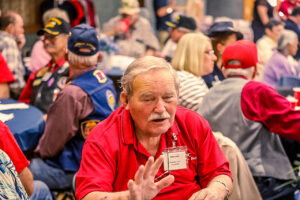 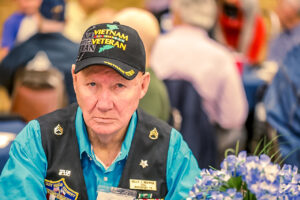 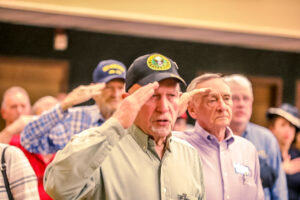 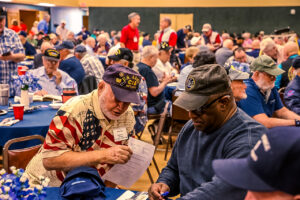 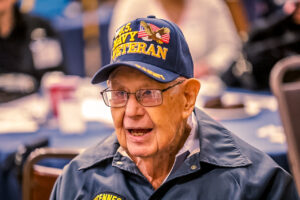 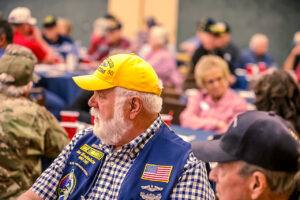 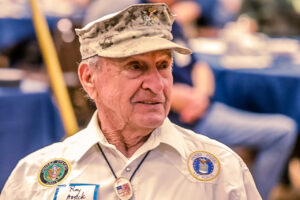 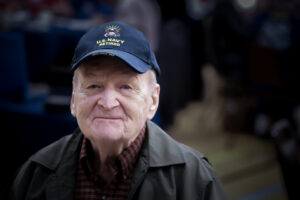 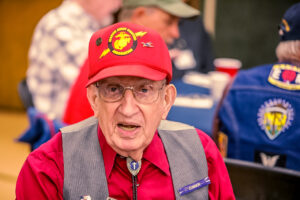 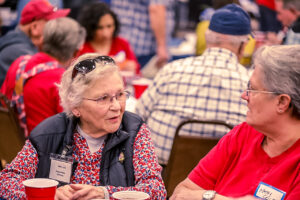